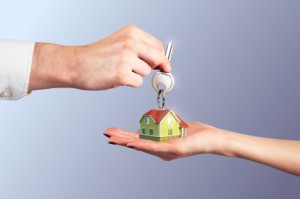 Even though the ongoing economic slowdown has made getting credit more difficult, Berkshire Hathaway CEO (and third richest man in the world) Warren Buffett says that this is the best time to invest in a house, because affordability has rarely been better.

In his most recent letter to Berkshire Hathaway’s shareholders, Buffett said that homeownership “makes sense for most Americans, particularly at today’s lower prices and bargain interest rates,” and went on to say “the third best investment I ever made was the purchase of my home.” (Numbers one and two on that investment list, for the record, were his marriages.)

Buffett, called the “Oracle of Omaha” because of his business and investment savvy, offers suggestions on how to best approach homeownership.

The first is to be practical. Don’t get your heart set on a dream house that ends up being more than you can afford. Instead, think in terms of buying a house that makes financial sense for your family’s future. Buffett warns: “A house can be a nightmare if the buyer’s eyes are bigger than his wallet and if a lender…facilitates his fantasy.” The lesson here is simple: only buy what you can afford right now.

The second suggestion Buffett offers is to buy for the long term. Despite being worth around $50 billion, Buffett still lives in the home he bought over half a century ago for just $31,500. Yes, Buffet is known for his frugal investment philosophies; but the point remains: don’t buy with an eye to turn around and sell in a few years. Choose and purchase a home that you could live in, and comfortably afford, for the rest of your life, if necessary.

Perhaps most importantly, Buffet is adamant about securing fixed mortgages with affordable payments. In his shareholder letter, Buffett notes that a housing company he owns has weathered the recent economic storm successfully because, “our approach was simply to get a meaningful down-payment and gear fixed monthly payments to a sensible percentage of income. If home buyers throughout the country had behaved like our buyers, America would not have had the crisis that it did… This policy kept us solvent, and also kept buyers in their homes.”

The rule of thumb is to get a fixed mortgage payment that’s no more than 30 percent of your take home income. Taxes and insurance should be included in that “under 30 percent” rule.