Texas: Deep in the Heart of High Employment and Affordable Living

While much of the country is still reeling from recent economic woes, one state in the country has maintained an equilibrium of which other states can only dream. 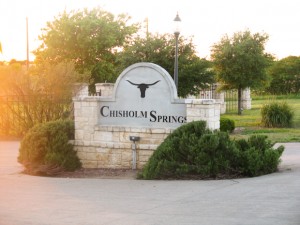 Texas, big in size and home to a diversified and growing economy, is continuing to set the pace for recovery in the country, and is drawing in new businesses and new residents even as other communities nationwide are losing population and jobs.

According to a recent statistic from the Federal Reserve Bank of Dallas, Texas created 43 percent of the jobs in the country from June 2009 to May 2011. Yep, that’s right: this solid southerly state provided nearly half of all national job growth across that two year span. It’s no wonder then, that the Texas economic engine continues to grow, and is attracting new residents from around the country and around the world. With unemployment numbers well below the national average, and continued hiring in dynamic sectors like energy, agriculture and food production, migrants both domestic and international are increasingly viewing Texas as a likely place to put down roots.

In fact, job growth and population growth are expected to continue to grow in tandem over the next twenty years, at least according to data released by Texas A&M University’s Real Estate Center. According to the 2008 report, the urban “Central Triangle” of Texas—which includes the Dallas-Ft. Worth, Houston, Austin and San Antonio metropolitan areas—is currently home to 80 percent of Texans, and will continue to be the key area of economic and population growth in the state for the foreseeable future.

One great thing for those moving to Texas: this state offers far more than just stable employment and a burgeoning business scene. While the Texas housing market hasn’t been fully-immune to the recent real estate downturn, population gains and strong employment have helped some Texas communities find pricing stability, while still maintaining some of the most affordable housing in the country. The 2009 American Community Survey from the U.S. Census Bureau (the latest available) ranked Texas as the sixth-most affordable state in the nation, and Arlington, Texas was recently ranked by real estate website Trulia as the third-most affordable city in the nation, when comparing prices of home rental against those of home purchase.

Thousands of new Texas residents are exploring and discovering the economic and personal benefits of living in Texas—and many of them are beginning their new lives in LGI Homes communities. As one of the largest new home builders in the region, LGI Homes has been buoyed by the relative strength of Texas’ real estate market, and has continued to open new home communities that offer a sought-after blend of extra-urban living, building quality, exceptional affordability and convenient access to big-city amenities. You can learn more about what Texas—and LGI Homes—has to offer, by visiting any one of these communities for a new home tour.