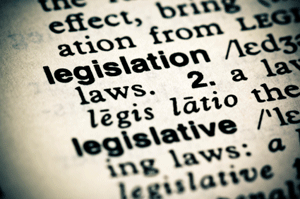 The recent housing slump has prompted many lawmakers to call for a restructuring of the housing market, which could make it harder for Americans to qualify and pay for home mortgages. The latest suggestion that appears to be gaining bipartisan support in Congress would require a minimum 10-20 percent down payment for most home loans, with both critics and supporters of the measure saying that it would represent a major change to “business as usual” in the housing industry.

Edward Pinto, a fellow with the American Enterprise Institute who thinks a 10 percent down payment is fair, explained to National Public Radio, “We put too many people into houses they weren’t qualified to buy, they didn’t have income [and] they didn’t have skin in the game. And if people know they need the down payments, they’ll start saving for them. You can’t just buy lattes if you need to be saving for down payments.”

Other economists and housing advocates oppose down payment rules because they believe it unfairly and negatively affects minorities and others with economic disadvantages. Mike Calhoun, the president of the nonprofit Center for Responsible Lending, calculates it would take an average person seven years to save up for a 10 percent down payment. Plus, he says, the real issue is not the down payment.

Calhoun asserts the housing bubble and subsequent foreclosure mess happened primarily because lenders gave out no-document loans, in which they failed to verify if a homebuyer made enough money to pay back the loan. “The taxpayers got stuck with a big bailout, and so people sort of want to throw the baby out with the bath water and say, Let’s never do anything like that again,” he told NPR.

The other major change being discussed is the demise of the traditional 30 year loan. Instead, some interested parties are suggesting that banks and borrowers should opt for shorter-term loans, such as 15 or 20-year fixed-rate loans—a practice much more in keeping with the rest of the world.

While acknowledging such loans would require a higher monthly payment, Pinto suggests it could actually end up benefiting homeowners, because they amortize much faster than 30 year loans, meaning borrowers would gain equity much more quickly because they would begin reducing their principle balance much sooner into repayment.

So what does all this mean for those interested in purchasing a home right now? The bottom line: if you have been thinking of buying a home and don’t have the money for a large cash down payment, you may want to make your move before legislation changes the rules of the game. This may be the perfect time to check out properties offered in LGI Homes’ communities, where monthly payments start under $700, and no downpayment is required.