Prospective new home buyers may not want to wait on that LGI Homes house—Congress is now considering a bill that will raise the minimum down payments required to buy a home, and lower the amount of money that can be backed by Federal Housing Administration (FHA) loans. 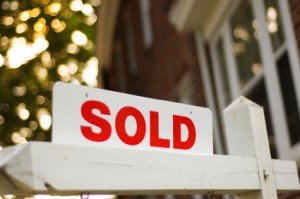 The proposed changes remove some of the government’s real estate market supports put in place during the recent economic upheaval, which were designed to keep the housing market afloat through crisis times. This withdrawal of government support, however, is facing opposition from real estate agents, new home builders, and mortgage bankers.

As the primary mortgage lender for first-time home buyers, the stake which the FHA takes in the mortgage market makes a huge difference. Currently, homeowners can take out FHA-backed loans with a minimum down payment of three and a half percent. The draft bill being circulated by Rep. Judy Biggert (R., Ill.), would raise that minimum to five percent. Dow Jones reported that Biggert said the proposal “would ensure accountability and financial stability within the FHA program.”

Representatives from the housing and banking industry did not agree. Ron Phipps, president of the National Association of Realtors said raising the minimum deposit “does little to reduce risk of default compared to strong underwriting requirements, and only puts home ownership out of reach for many families who have the income necessary to carry the cost of the home purchase,”

Mortgage lenders are opposed to the recent proposal as well. Michael Berman, chairman of the Mortgage Bankers Association, explains that cutting the limits “would drastically deny access to credit for many otherwise qualified lower and middle class borrowers. We need to be very cautious in enacting these proposals, given the continued weak state of the housing market.”

Biggert, however, argued for a reduced federal role, saying that “the private market can’t function when it is crowded out by the federal government.”

The FHA doesn’t make loans but insures them against default. According to trade publication Inside Mortgage Finance, loans backed by the FHA made up nearly 18 percent of new loans made in the first quarter of 2011.

One Response to “New Home Buyers May Need to Buy Quickly”