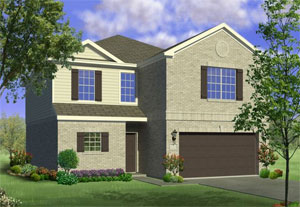 A new poll by the Allstate insurance company and the National Journal finds that despite the recent real-estate market crash, the majority of Americans remains bullish on homeownership and believe buying a house is an integral part of the American dream.

The eighth quarterly Allstate-National Journal Heartland Monitor Poll shows that almost nine out of 10 homeowners say they would buy their homes again—even among those whose homes had decreased in value over the last few years.

While the stagnant economy and credit crunch has made securing home loans more difficult, three-fourths of respondents believe it is still possible for average citizens to achieve the American Dream, which the poll defined as the ability to advance as far as an individual’s talents will take them and to live a “better life” than their parents did. Nearly 60 percent of those polled said they currently are living the American Dream, and respondents identified owning their own home as one of the most critical parts of that dream, second only to raising a family.

Thomas J. Wilson, Allstate chairman, president and chief executive officer calls owning a home “the bedrock of the American Dream – even as incomes are down, jobs are scarce and families struggle to make ends meet. Homeownership is viewed positively by the vast majority of Americans as both a place to raise a family and a sound investment. As a result, financial institutions and the government must work together to ensure that those who can afford their homes stay in them and this opportunity remains a viable alternative for all Americans.”

Ronald Brownstein, editorial director of National Journal Group adds: “Homeownership retains a powerful, almost tidal, grip on the American imagination. Even the economic experiences of the last several years don’t seem to have dimmed the yearning for ownership. But we do see that the public is much more ambivalent about whether the nation’s focus on expanding homeownership is a good thing for the country overall, with even the traditionally sacred cow of the mortgage tax deduction raising questions.”

Interestingly, three-fourths of homeowners said they have not benefited from any federal program to promote ownership. However, 71 percent of those same owners acknowledged they take the mortgage interest deduction on their taxes, indicating they don’t see that provision as coming from the government.

The bottom line: homeownership remains a worthy dream to pursue, and LGI Homes can help make that dream a reality for many families, with monthly payments beginning at just $695/month.