The Cost, and Benefits, of College in Relation to Homeownership 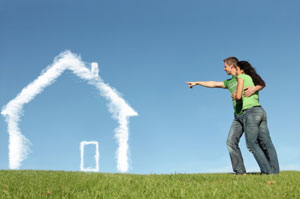 The latest obstacle to buying a home isn’t credit card debt or bad credit. It’s paying off student loans. According to a story in the New York Times, among students who took out loans to fund their education, the average amount owed was $24,000. For some young couples starting out, especially when both have student loan debt, this debt can prove a financial stumbling block for everything from homeownership to weddings.

Mark Kantrowitz, the publisher of FinAid.org and Fastweb.com, warns, “In the coming years, a lot of people will still be paying off their student loans when it’s time for their kids to go to college.”

Within the context of recent difficult economic times, some college nay-sayers have emerged, questioning the overwhelming cost and debt burdens that come with a high-level education. However, statistics continue to indicate that college degrees enhance employability, and result in higher lifetime wages over those individuals who only have a high school diploma.

Statistics for August 2010 showed that the unemployment rate among workers 25 years-old and older, with four-year college degrees, was 4.6 percent. The unemployment rate for workers without such a degree was more than double—over 10 percent. Similarly, the average length of unemployment for college-degree holders after losing a job was 18.4 weeks, while those with only a high school diploma were out of work an average of 27.5 weeks.

As far as real world finances, the annual earnings of a worker with a bachelor degree is $55,700 compared to an average of $33,800 for a worker with a high school degree, a difference of $21,900. That extra income can mean the difference between renting and home ownership. So the moral of the story is, if you want to be a homeowner, a college degree can be a good financial foundation to reach the dream of homeownership.