Thousands of Dollars Worth of Upgrades Included in Every New Home!!! 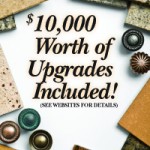 At LGI Homes we include thousands of dollars worth of upgrades in each and every new home we build at no extra cost to you.  Raised six panel doors, brushed nickel hardware and fixtures, rounded corners, custom built cabinets, and vaulted ceilings are just a few of the features included in every LGI home.

At LGI Homes we build quality and value into every new home.  Call us today at one of our four locations, or visit us online to find out more about the incredible upgrades that come standard with every beautiful new home we build.

It’s no secret that in today’s shaky housing climate, many are shying away from buying a new home – whether they have previously owned a home or not. So in response to the plummeting numbers of new home sales, many builders have developed internal programs that cater to buyers in need of an extra hand. One such builder is LGI Homes, a Texas homebuilder responsible for some of the most tranquil, pristine communities you’ll find west of the Mississippi.

What types of programs do they offer? Two stand-out offers come to mind: first, a credit counseling program that provides buyers with a free credit report and mortgage analysis. The mortgage process does not begin until the buyer and consultant are both clear on the details: how much home the buyer can afford, and all other pertinent financial details. In an era where unscrupulous lending left many current and former homeowners deceived and dissatisfied, policies like these are a buyer’s dream come true.

Second, LGI Homes features a no money down offer, which allows buyers to protect their savings accounts and move them into their homes more quickly. This makes the option of paying a mortgage, versus paying a rent, a whole lot more appealing! Sound like something that’s only reserved for the upper echelon of buyers? Guess what: LGI Homes wants buyers to know that qualifying is easier than they think.

Of course, every family’s situation is different; but you’ll never know what your options are until you inquire. If you’re in the market for new homes in Texas – specifically, homes for sale in San Antonio, Houston, or Fort Worth – you may want to add an LGI Homes community to your list of visits. Contact the LGI Homes community location that interests you the most; and have fun with the process! [Read this Article]

We single out the builders and suppliers that should make some noise this year.

Recessions have a way of separating winners from losers. And as the housing market inches closer to recovery, indications about which companies are likely to survive or fail become clearer.

Some companies are exploiting the economic downturn to strengthen their competitive positions. Others have used the recession to reinvent themselves. And a handful of new builders and suppliers have entered the market either to create new demand or to fill voids vacated by companies that have tripped or fallen. The following list of companies to watch this year includes builders and suppliers that are poised to take advantage of an economic upswing or, at the very least, stay ahead of the pack if the recession lingers.

ON THE MOVE. LGI Homes’ business model is to convert renters to first-time buyers with aggressive marketing and affordable products. The builder expects to close 600 homes in Texas this year.

Something unexpected happened at LGI Homes in 2009: Its revenue and closings went down for the first time in four years.

The company—which in 2008 was the only builder among the top 200 that reported sales and closings gains—closed 425 homes last year, versus 476 the year before. The problem wasn’t demand, according to president Eric Lipar. “It was just harder to get buyers approved for loans,” he says.

While closings were off, LGI Homes ended 2009 with its sixteenth consecutive profitable quarter. “We made $5 million [in 2009], our gross margins were up, and our costs per sales were down,” says Lipar.

LGI’s business model is to convert Texas renters into first-time buyers. It methodically sends out flyers to apartment dwellers within 30 miles of its subdivisions and keeps its sales offices open for nearly 12 hours each day, seven days a week.

This formula is working again at the company’s newest subdivision, which is also its fourth and is located in South Fort Worth, where LGI Homes picked up 210 completed lots on which Sovereign Bank had foreclosed. The bank not only helped finance that acquisition, but provided $3.5 million in construction loans. LGI Homes also raised $2 million from private equity sources, which Lipar says made that deal possible.

In mid-December, Lipar said LGI Homes had sold 15 homes in South Fort Worth and had 15 others under contract. He’s now projecting 600 total closings for 2010, when his company will have a full year of selling under its belt in that subdivision, and expects to add new neighborhoods in Houston and the Dallas-Fort Worth markets.  [Read the entire article.]

Incase you missed out on the $8,000 tax credit that ended at the beginning of November, we have great news for you.  The $8,000 First-Time Homebuyer Tax Credit has been extended for an additional six months.  This is a great deal for those looking to buy their first home.  With the new additions to the tax credit extension, existing homeowners and repeat buyers may be eligible for a tax credit up to $6,500.

They call it a tax credit, but it is really cash to you. When you submit your tax return you simply fill out a form to show you qualify for the credit and attach proof of purchase for the home. Then you get to take up to $8,000 right off your taxes.  Say you only owe $2,000 in taxes then you get the balance back from the government.  If you are already receiving a refund this credit will be added to the refund amount you receive.  Best of all this tax credit does not have to be paid back.

With today’s historic low interest rates hundreds of families are finding they can own a brand new home for less than they are paying in rent.  At LGI Homes we have new homes starting as low as $599 per month.

LGI Homes is the leader in affordable housing for First-Time Homebuyers.  With communities in Houston, San Antonio, and Fort Worth, LGI Homes has the perfect home for you and your family available for immediate move in.

You have a limited time to take advantage of this Tax Credit. Take the first step towards homeownership and visit one of the beautiful LGI Homes communities today. For details and additional information on the Federal Homebuyer Tax Credit, visit FederalHousingTaxCredit.com.

Don’t Miss Out!  Take advantage of this limited time offer.

END_OF_DOCUMENT_TOKEN_TO_BE_REPLACED 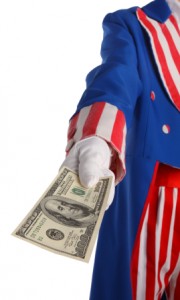 Thinking about buying a new home? It’s not too late to benefit from the First-Time Homebuyer Tax Credit. You may still be eligible for a tax credit worth up for $8,000.

The current $8,000 tax credit available to First-Time homebuyers, and those who have not owned in the last three years, is extended to April 20, 2010.  In addition a new tax credit in the amount of $6,500 for Repeat buyers has been created.  A Repeat buyer is defined as an individual who has owned and resided in a home any five consecutive year period of the last eight years. Also the new tax credit may provide an additional extension for active-duty military personnel who serve outside the United States.

The Federal Homebuyer Tax Credit applies to home contracted for sale by April 30, 2010 and close by June 30, 2010 and does not have to be repaid.

With today’s historic low interest rates many people are finding out they can own a brand new home for less than they are paying in rent.  At LGI Homes we have new homes starting as low as $599 per month.

LGI Homes is the leader in affordable housing for First-Time Homebuyers.  With communities in Houston, San Antonio, and Fort Worth we have the perfect home for you and your family to realize the American dream of homeownership.

You have a limited time to take advantage of this Tax Credit. Take the first step towards homeownership and visit one of the beautiful LGI Homes communities today. For details and additional information on the Federal Homebuyer Tax Credit, visit FederalHousingTaxCredit.com.

Don’t Miss Out!  Take advantage of this limited time offer.

I didn’t know about it either. Yes, the US Department of Agriculture has a program, instituted back in the 1940s, to assist in rural development, that has become extremely popular during these days of crunching credit. These are USDA-backed loans, so approved lenders can offer no-money down.  END_OF_DOCUMENT_TOKEN_TO_BE_REPLACED

Categories: Canyon Crossing, Creekside Village, Deer Creek, Fort Worth, Houston, LGI Homes, San Antonio, Sunrise Meadow Comments Off on There is still time to be in your new LGI home by Christmas 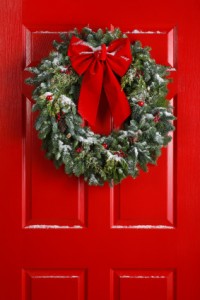 Where will you be spending the holiday season? How about in your brand new home!

There is still time to purchase your new home and be moved in by Christmas but you must act quickly. And as an added bonus you may be eligible to receive an $8000 tax credit from Uncle Sam on your 2009 Tax Return.

Come in this weekend to see the great floor plans LGI Homes is now offering.  This is the last weekend to purchase to guarantee you move in before the Holidays.

This weekend only interest rates have been lowered to 5.25% at Canyon Crossing in San Antonio and Sunrise Meadow near Sugarland.  Purchase your new home this weekend with No Money Down and payments as low as $599 per month.  Don’t miss this opportunity to buy a new home with this great low interest rate and 100% financing.  For more information on this great interest rate visit us on the web at www.lgihomes.com.

Remember this offer is only good through Sunday, November 15th. 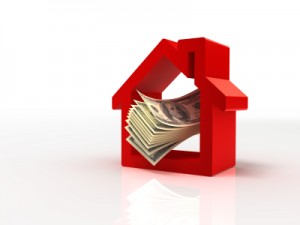 The extension and expansion of the homebuyers tax credit that passed Congress November 5 allows more first-time buyers to qualify and creates an entirely new credit for existing homeowners who buy a new home.

The effective date was the date the President signed the bill, Friday November 6. It is not retroactive. However, first-time buyers who have been rushing the meet the November 30 deadline for the existing program need not worry. They can qualify under the new one. Existing homeowners who are also in the process of buying a home should consider delaying closing until December 1 or later to qualify for the credit.

Both credits expire next spring. Buyers must have a contract on a home before May 1, 2010 and they have until June 30, 2010 to close in order to qualify.  [Read this article]

Houston, Texas – It’s earnings season for the home building industry, and amid the sea of public builder financials currently being reported, results like this stand out in contrast: For the 15th consecutive quarter, LGI Homes, one of the nation’s top 100 single family home builders has achieved profitability.

“Posting financials in the black is a rare occurrence for home builders in the current environment,” said Eric Lipar, CEO of the Houston-based housing and land development company that is achieving gross margins near 30%.  “We approach this business in a way that’s very different from other builders. This year, on average, we are generating 135 incoming leads per week, per subdivision. We feel like our unique sales and marketing model has really allowed us to side- step the housing and economic downturn.”

The company is focused on offering quality homes at very affordable prices to the first-time buyer market. According to Lipar, operating under the LGI Homes way gives the company a foundation for success that’s not dependent on creative financing, government stimulus or other unsustainable support. END_OF_DOCUMENT_TOKEN_TO_BE_REPLACED