A Few Reminders To Keep Your Home Safe 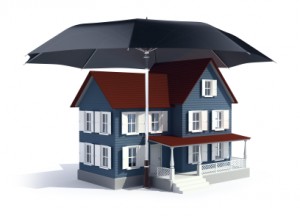 No one has to be “sold” on the idea of home safety. After all, safety in the home affects not only ourselves, but visiting family and friends as well.

Here are some areas around your home where a lapse in attention to safety can have dire consequences:

Lights – A number of accidents in the home occur as the result of poor lighting. Keep extra floor and table lights close to stairs and work areas, instead of relying on overhead lights alone.

Mold – The best advice is to prevent mold to begin with, by keeping your home clean and dry in order to discourage mold growth. Quickly repair any plumbing leaks, and clean up water thoroughly when it’s spilled. Bleach can kill mold, but it can also makes things worse, as dead spores can be even more dangerous than the living mold. If the problem looks severe, or if you are experiencing any health issues related to the mold, it is best to call in a professional to remove the mold, rather than to tackle it yourself.

Emergencies – Everyone in the home should be aware of how to shut off gas, electricity, and water. In an emergency, this knowledge could save lives.

Electrical cords – Be sure that all of the cords on your electrical devices are in good condition. You should never use cords that are frayed, cut, or that spark when plugged in. Avoid tripping hazards by keeping cords out of high-traffic areas; hiding the cords underneath the carpet is a good trick to use when cords absolutely must run across walkways.

Electrical load – Too many electrical devices plugged into the same power strip or outlet can overload your circuit, causing the circuit breakers to catch fire. If you are chronically underserved by the outlets that you have, an electrician can always add outlets in any room. Never use extension cords beyond their capacity; an overloaded extension cord is in great danger of sparking and starting a fire.

Waste – Hazardous waste can be found throughout your home, and it needs to be disposed of properly. Appliances, batteries, paint, antifreeze, etc. contain chemicals that need to be disposed of carefully, rather than just being thrown in the trash; contact your waste services department for information on how and where to dispose of these products. Also, be sure to keep these items well out of the reach of children, who could be severely or fatally harmed by ingesting such substances.

Vents – Another fire hazard, often overlooked, is to be found in clogged laundry dryer vents. Lint is highly flammable, so the dryer’s trap should be cleaned after each load. The main dryer vent should be cleaned out and inspected once a year, to make sure there are no kinks or blockages causing a buildup of lint.

Detectors – Smoke and carbon monoxide detectors need to be tested at least once a year. Why not designate a day you won’t forget for the task? This can be a holiday an anniversary, or any particular day which is meaningful to you. Check the batteries on these devices, and replace any leaking, weak or dead batteries.